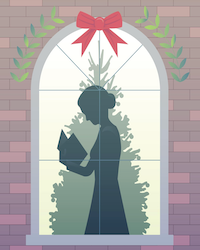 Description: Theatre New Brunswick will make its first official return to the stage in December with a brand new holiday production based on the characters from Jane Austen’s novel, Pride and Prejudice. “We’re all pretty excited to get back on stage,” said Natasha MacLellan, TNB’s artistic director. “It’s been almost two years since we put a traditional theatre show together and while it’s been surprisingly rewarding to explore new ways to support artists and connect with audiences over the past several months, getting back on stage will give everyone a major boost. We’ve missed rehearsing, designing, and building theatre, and we’ve missed our audience more than I can put into words.” Miss Bennet: Christmas at Pemberley is a light, romantic comedy centered around Mary Bennet, the middle sister in Austen’s novel and is regarded by many to be the unwritten sequel to Austen’s novel. Set during the holiday season, the play also draws a great deal of humour from an unlikely source – a Christmas tree – not yet an established part of English holiday traditions. This year’s holiday production will be directed by Ryan G. Hinds, a Toronto-based actor and director who first appeared on stage with TNB in the 2019 holiday show, It’s A Wonderful Life: A Live Radio Play. “Coming back to Fredericton and Theatre New Brunswick fills me with such joy, and it’s especially meaningful to make the leap from Actor to Director,” said Hinds. “This play is a charming and nostalgic slice of holiday cheer, something we will all be in need of by the end of the year. I hope to bring some colour and romance to the stage, via an absolutely first-rate cast and design team made up entirely of artists from the four Atlantic provinces.” Miss Bennet: Christmas at Pemberley will feature a young and diverse cast of emerging and established actors from the four Atlantic provinces including Caroline Coon (NB), Santiago Guzmán (NL), Jillian Hanson (NB), Sharisse LeBrun (NB), Lara Lewis (NS), Allie MacDonald (NS), Melissa MacKenzie (PE) and Nathan Simmons (NS). “As the plays’ characters break the social conventions of the time, so too is it important to me to celebrate the world around us with a diverse and skilled cast,” said Hinds. “For our production, I was inspired as much by Netflix’s Bridgerton as by Austen. It was also important to me to show that families don’t need to be homogenous in order to be loving, and that the classics are still the classics we all love, regardless of who we see in them. “Christmas is a time for all of us to gather together and make merry. After these months of being apart and distanced, Miss Bennet: Christmas at Pemberley gives us a chance to do just that. As theatres across the country are slowly opening their doors again, I invite you to join Theatre New Brunswick to make some new holiday memories, cheer these local artists, and celebrate the holiday season.”