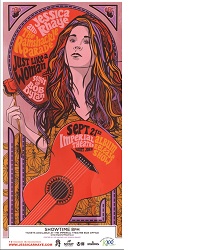 Come celebrate the release of Just like a Woman – Songs of Bob Dylan Jessica Rhaye’s sixth full-length album, and first with backing band The Ramshackle Parade. This rollicking folk-rock interpretation of Dylan’s classics and hidden gems transcends the concept of a simple tribute album. The result is a fun folk-rock album with psychedelic undertones, with folkie ballads, a conversation between rockabilly and swing, and engaging new interpretations of the Master’s works.

Just Like a Woman will be an evening of professionals performing live together – – true to the recording style of Dylan’s earlier work. Members imagined working in the style of Dylan in Woodstock, the days of the Basement Tapes.