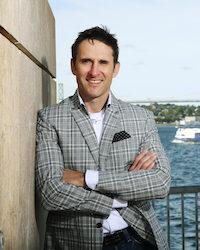 Description: Dave Carroll is an award winning singer-songwriter, professional speaker, author and social media innovator based in Halifax, Nova Scotia, Canada. He began his music career with his brother Don in the band Sons of Maxwell and has been enjoying success as a solo artist since 2008.  He released his debut solo album Perfect Blue in 2008 and a second solo album in 2012 called Raincoat in Vegas. For over two decades, Dave has charmed fans with his approach to music. His ability to extract the essence of a message and craft it into song is a rare gift that is attracting fans of all ages, while his sense of humour and disarmingly warm stage presence makes each live experience a memorable one for audiences around the world.