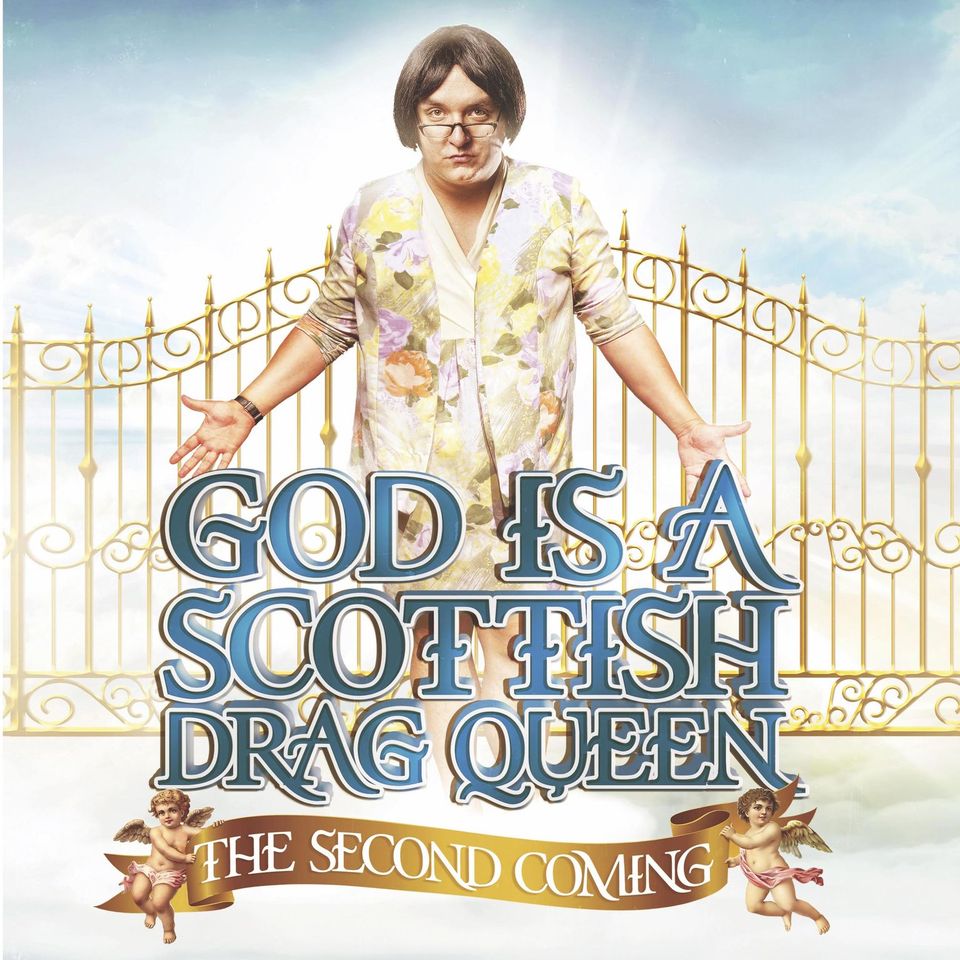 God is a Scottish Drag Queen 2

In the original God Is A Scottish Drag Queen, God gave answers to all of humanity’s questions, but it turns out people want to know more! In this.

In this all new sequel, God comes down to expound on the Platypus, Joseph’s DreamCoat, Trendy Veggies, Burning Bushes, Vaccinations, Turkeys, Televangelists, the Amish, and so much more!

The humorous and heartfelt way the character touches on subjects from the awkward to the mundane is what makes this show an original, hilarious and unforgettable night of theatre. This sequel is a stand alone show. Audiences don’t have to see the first one to love the sequel.

(5 STARS) “This is stand up comedy at its finest!” VUE Weekly

(5 STARS) “Made me laugh so hard I cried” Edmonton Journal

(5 STARS) “Stand up everyone can relate to!” CBC

(5 STARS) “A cross between Dame Edna & Billy Connolly with a dollop of Eddie Izzard!” National Post