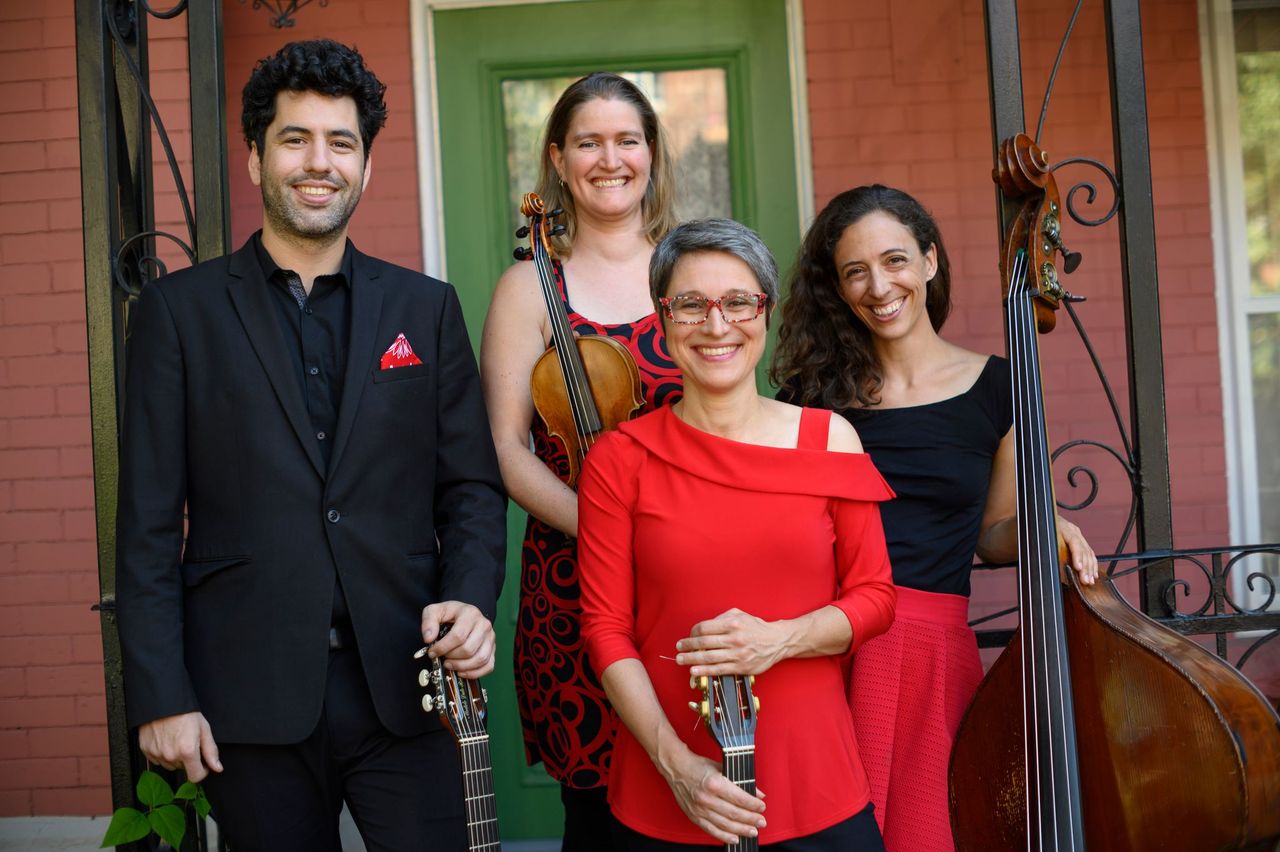 Description: Since their inception in 2003 the group has solidified their reputation. With more than 600 concerts in various venues and festivals, including numerous appearances in major events and tours across Canada and France, they have cultivated the adoration and loyalty of an ever growing fan base. We have had the chance to see them at the Montreal International Jazz Festival, at the Lévis Festival de Jazz, at the Festival des guitares in Rouyn-Noranda, at the April in Paris Vancouver festival, and in St-Pierre et Miquelon. On two occasions, their show has been taped and broadcasted by CBC Radio as part of the Concerts on demand, in Montreal and Saskatoon. Over the years, the band has shared the stage with illustrious gypsy swing musicians, including John Jorgenson, Tchavolo Schmit, Angelo Debarre, Rodolphe Raffalli and David Reindhart.

In June 2014, they had the great pleasure to be invited at the Django Reinhardt Festival of Samois-sur-Seine (France), one of the most prestigious gypsy jazz festivals since it takes place in the town where the great manouche guitarist lived his last years. In front of more than 2000 enthusiastic people, they stood out with their “finesse” and “joie de vivre” as the very first women and furthermore Québécois gypsy jazz band to perform on this famous stage !

On stage, we bear witness to four musicians who have mastered their talents. They improvise with ease, interpret their repertoire with dynamism, and blend their voices together in refined harmonies. But it’s their communicative energy and the personal bond between them that hits home the most. Christine Tassan et les Imposteures, are first and foremost four friends who have harnessed their energies and their voices to give rise to, year after year, the fruit of their creativity.

Their last opus, Entre Félix et Django (2016) is a tribute to two great musicians : quebecois folk singer Félix Leclerc and the great gypsy guitarist Django Reinhardt. This last album just won the award « Jazz album of the year » at the Opus Prize 2017. Since the group tours outside of Quebec, they have decided to create an international version of their last CD, Django and Friends (2017), a marriage between Reinhardt and American swing standards.

At the helm of les Imposteures since their formation, and with a successful career as a guitarist spanning over 20 years, Christine Tassan is now a prominent figure in the gypsy jazz scene. A loyal ambassador of the genre, she is also one of its rare female leading soloists. An excellent composer, a fine melodist, a first class improvisator, and a sensitive singer, Christine plies her craft with finesse, brilliance, self-confidence and an infectious dynamism.