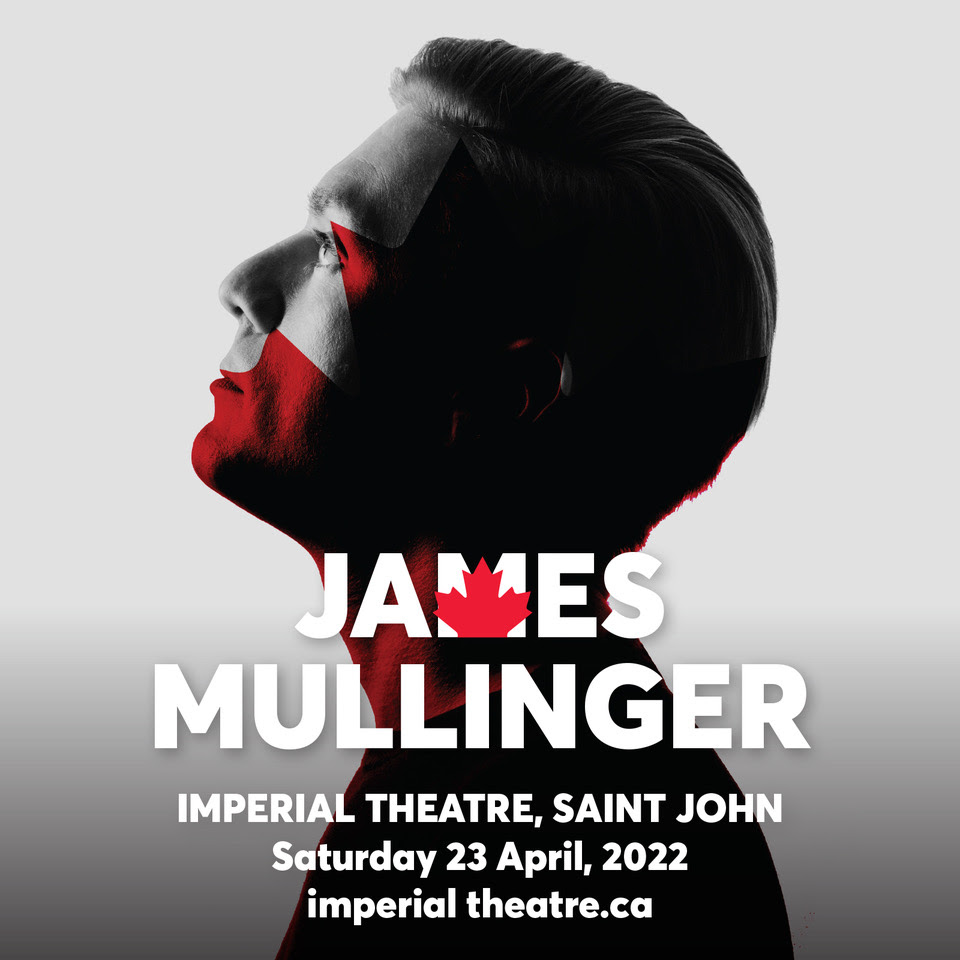 After eight years in Canada, James Mullinger is finally…

Becoming Canadian!
And he’s written a show all about it.

A tale of immigration, confusion, love, wonder, joy, this new stand up show comprising stories from the past decade coincides with the release of James’ book published by Goose Lane Editions about his journey to New Brunswick.

Please note that this performance will be filmed for James’ next stand up special.

James Mullinger was one of the UK’s top comedians and Comedy Editor for GQ magazine when he moved to New Brunswick, Canada in February 2014. Since his arrival, he has taken the country by storm. Sold out shows across the country, appearances on CBC’s The Debaters, movies, TV shows, festivals, awards, stand-up specials he’s done it all. In March 2020, James was in the middle of a national tour when he was forced off the road and during a global pandemic become one of the most in-demand virtual comedians globally performing for companies around the world on Zoom and Teams. But now James is back on the road doing what he does best: live stand up comedy.

An award-winning writer, comedian and filmmaker, he spent 15 years in a senior position at British GQ, interviewing everyone from Jerry Seinfeld and Paul Rudd to Rachel Weisz and Scarlett Johansson and launching the magazine’s digital division. In April 2016 and 2018, James sold out Harbour Station Arena in New Brunswick with his uniquely hilarious stand-up show. An award-winning CBC documentary about the show titled City On Fire was aired nationally to rave reviews. Click HERE to watch:

His most recent stand-up special, Almost Canadian, shot straight to #1 on the iTunes charts and was nominated for a Canadian Comedy Award for Best Taped Live Performance. It is available to watch internationally on Amazon Prime Video. The film that he co-wrote about his early years in comedy was released in cinemas across the UK and premiered at the Just for Laughs festival in Montreal in 2016. It stars actors from Downton Abbey, Twilight and Game of Thrones and was described as “unmissable” by GQ Magazine and “essential viewing. A funny, realistic look at what it takes to become a stand up comedian,” by the Montreal Times.

James has also raised more than half a million dollars for charities internationally. He is a much sought-after, corporate clean comedian and keynote speaker internationally on the subjects of marketing, media and uplifting positivity celebrating life, work and play in Canada. This show features brand new material for 2022 as well as some of his classic routines (which have notched up more than a million views on Facebook alone!).