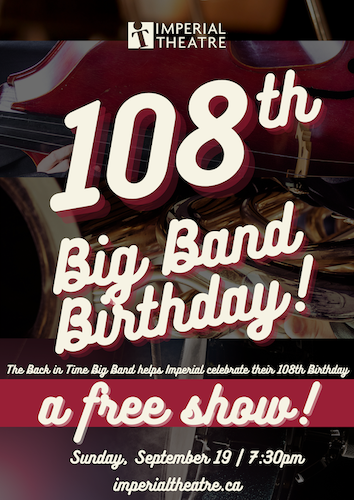 
The Back in Time Big Band, an 18-piece swing-era style ensemble, formed in 2017 when some members of Saint Mary’s Band (Saint John’s community concert band) gathered to play various styles of popular music of the 20th century.

The digital performance will premiere live at the scheduled show time. It is not On-Demand and cannot be viewed at any other time.