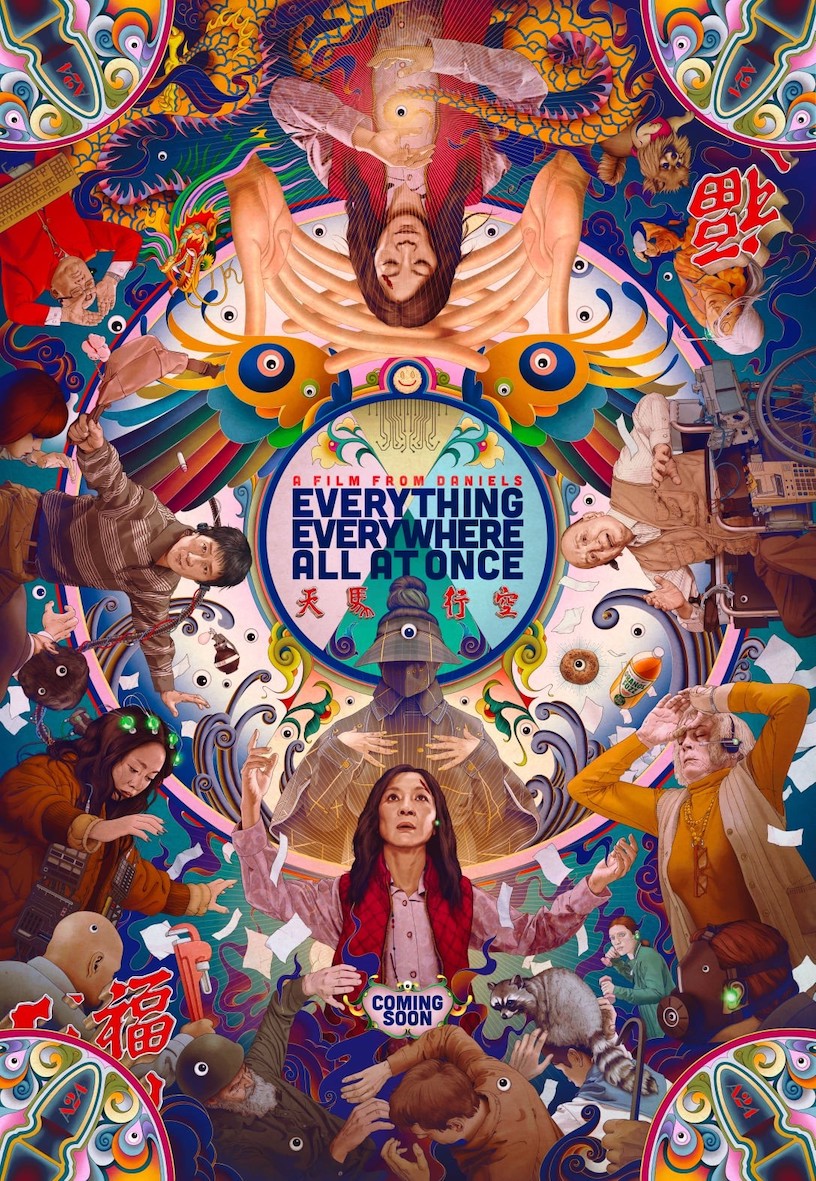 TIFF! Tuesday: Everything Everywhere All At Once (2022)

Description: With the follow-up to their 2016 feature debut, Swiss Army Man, directors Daniel Kwan and Daniel Scheinert (a.k.a. Daniels) somehow balance trademark absurdist comedy with utterly thrilling sci-fi action. Everything Everywhere All at Once is an interdimensional head-trip through alternate universes comprising time, luck, regret, and myriad parallel realities. It is also a poignant family drama.

This sensory rush is brought gamely to life by a spectacular cast. Michelle Yeoh gives a complex performance as Evelyn Quan Wang, a struggling Chinese American laundromat owner and family matriarch caught up in an IRS audit. Down to her last nerve, Evelyn is facing bankruptcy and a collapsing marriage to the sweet but inept Waymond Wang (Ke Huy Quan). Meanwhile, Evelyn’s depressed young-adult daughter Joy (Stephanie Hsu, a showstopper even next to Yeoh) becomes a harbinger of existential calamity across dimensions, and Evelyn's aged father (James Hong) proves an unexpected wildcard, as different — and increasingly captivating — versions of each of them end up in a pitch battle for multi-universal harmony.

Support players Harry Shum Jr., Jenny Slate, and Jamie Lee Curtis have a blast. Yet all this high-flying bombast and bizarre comedy has an extra dimension of its own: an affecting meditation on love and belonging. A welcome payoff.